Homeopathy and Treament of Children with ADHD

Homeopathy is known to be a gentle and an effective way of naturally curing diseases and health problems.  Being a form of natural medicine, homeopathy is considered safe for children. Homeopathy is becoming an increasingly popular treatment option for those children with ADHD precisely as it’s effectiveness continues being proven. ADHD (or Attention-Deficit Hyperactivity Disorder), a problem that is affecting countless numbers of families across the globe.

According to the CDC stats Nov 2011 11.2 per cent of boys between the ages 3-17 years are diagnosed with ADHD compared 5.5% girls in the same age group; this is a shocking statistic.

In 2004, physicians in America wrote over 28 million prescriptions for ADHD drugs, and by 2008 the number increased to over 39 million. ADHD has become America’s number-one childhood psychiatric ailment. And the drug of choice to treat children ADHD is Ritalin.  If you compare those stats to Australia you will see a similar picture. The National Survey of Mental Health and Well-being reported 11.2% of children aged 6 to 17years met the criteria for ADHD Ritalin is a heavy duty drug. Ritalin is closely related to amphetamine. It was created in 1944 as non addictive stimulant, it failed. According to Scott Teitelbaum, M.D., medical director of the Florida Recovery Center at University of Florida: “If you look at Ritalin structurally, it’s the closest relative to cocaine”. We all know cocaine is not a drug to be trifled with.

Most parents do not want to see their children taking unnecessary drugs specially those that have side effects such as:

Here’s an alarming Ritalin fact for you. Emergency room visits by children ages 10-14 yrs involving Ritalin intoxication or overdoses have now reached the same level as those for cocaine–indicating escalating abuse of the addictive drug.

It begs the questions: WHY is a stimulant being given to hyperactive kids as a way to calm down? From our point of view the irony is palpable. Ritalin is a drug that causes symptoms similar to those the patient needs treating – this is the basic principle of homeopathic medicine (treating “likes with like”). That said, clearly, Ritalin is not a “homeopathic medicine”. We just think the irony is amazing…for a start, unless dealing with an epidemic (i.e. of a communicable disease) homeopathic medicine is individualised to the patient, clearly that is not the case with Ritalin.

It’s worth noting that although Ritalin may provide some short-term benefits (like quietening the kids, making them more manageable) Ritalin is in NO WAY curative. In fact research is finding Ritalin provides NO long-term benefit for kids with ADD/ADHD.

The good news is that homeopathy is a proven and effective ADHD treatment. In various trials, homeopathic treatments for patients with ADHD produced positive results in easing behavioural problems such as impulsiveness, restlessness, and inattentiveness. The other benefits of using homeopathic medicine to treat ADHD include better concentration, better performance in school, higher self-esteem, better social skills, reduced chances of fatigue, and reduced emotional and mental problems.

In an important study conducted in Switzerland in 2005, it was found that, on average, children with ADHD gained a 50 per cent improvement after five months of homoeopathy. Interestingly, children who’d take stimulant medication previously reacted more slowly to homoeopathy, even after the stimulant treatment had been stopped. The famed European Journal of Pediatrics published an article that included two studies: a clinical observation study followed by a randomised, double-blind trial. These studies concluded that homeopathy has positive effects in children with attention deficit hyperactivity disorder (ADHD).

Homeopathic treatments work differently. Compared to stimulants like Ritalin, homeopathic remedies do not suppress a child’s behaviour. Instead, the remedies work to level out any imbalance in the body naturally. Homeopathic medicine is derived from natural sources such as plants and animals, homeopathic medications come in the form of sweet tablets or pills that can be dissolved in the mouth. Thus, these medications are easy to administer to children with ADHD.

If you plan to take your child to a homeopath for the treatment here’s what you can expect during your initial visit. Usually, first-time consultations take about 45 minutes to 1 hour. It takes a bit longer because the homeopath needs to come up with a comprehensive picture in order to being treating. The homeopath will work to understand your child by asking extensive questions about your child’s health history.  Some information can be gathered prior the first consultation in order to reduce the time and any distress to you/your child being contained in an office. 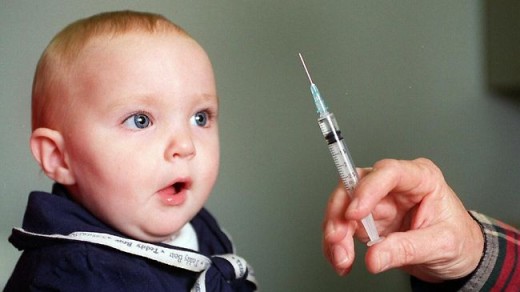 The homeopath will want to know the child’s immunisation history, medications, and any supplements your child is taking. A homeopath will also consider information such as your child’s eating habits, fears, lifestyle, sleep, and traumas (both physical and emotional). The homeopath notes physical and behavioural symptoms etc. All information will help the practitioner select the most appropriate homeopathic remedy for your child. Remember, homeopathic prescription are always individualised to the client and their presenting symptoms.

Whilst, we know homeopathy is very effective in the treatment of ADD/ADHD we have to take into account the child diet and/or lifestyle as often triggers in these areas may be aggravating the symptoms.

Remember, with homeopathy you have an alternative choice research is proving to be effective. Over the past 10 years, the number of children being treated by homeopaths has continued to rise as parents seek safer and effective solutions. We empathise, one parent to another about how difficult it can be finding the best alternatives for our kids challenges. We know what it’s like to be scared for them and for the choices we, as parents, have to make. Our first duty is to the people we treat and our goal is satisfactory resolution. Homeopathy is not the only option out there but it is an amazingly effective one. If you are not sure whether or not homeopathy is for you, have a chat with a homeopath, ask all the questions you can think of. Treatment takes time and energy and we all only have so much. Use yours wisely and the homeopath will help with the rest. The will also be able to help treat and trauma being experienced by the rest of the family. I know from experience where a child has ADHD, so does the rest of the family.

Antonietta Natoli is a natural health practitioner that uses a number of health modalities to help you achieve your health goals. Antonietta has been passionate about natural health all her life and so has spent more than 30 years researching and using a broad range of natural health systems. More than that, she’s uses that knowledge to achieve the best outcomes for everyone she treats.